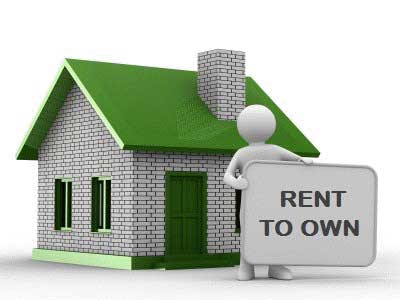 Rent to Own Pitfalls & Stories…cont

Sally’s been renting her condo unit for the last two years at $800 a month and has decided it’s time to buy a place of her own. She really likes her condo and figures she’ll approach her landlord and asks if he would be willing to sell it to him.

Sally calls Billy (landlord) and asks him if he’d be interested in selling. Billy, being the shrewd investor he is, realizes, that if he doesn’t sell to Sally and she moves, he will not only need to fix-up, repair, paint and recarpet the place but will also need to find another Sally (tenant).

Of course, if Sally doesn’t want to purchase the property after 24 months then Billy (shrewd investor) gets to keep the money for his “time & aggravation”!

Now, in a perfect world, everything works out; Sally builds up a nice down payment, Billy continues to collect rent and gets an additional $500 bucks a month as “security” and doesn’t have to worry about Sally leaving for two years – right?

Here’s the problem; we do not live in a perfect world!

Long about month 23 Sally gets a huge job promotion and needs to relocate to another state – now what?

Obviously Billy is ecstatic (not for Sally’s promotion but) because he gets to pocket an additional $11,500 in profit – he is an Investor genius, ya know.

Sally’s not so happy (she was happy about the promotion but not about losing $11,500 bucks!) She could still purchase the condo and rent it out but she’ll be living out-of-state and trying to manage a property and a new job really doesn’t make sense.

Of course Sally has friends; one of whom knows a little about Real Estate law and suggests to Sally that, she may not have been paying an extra $500 per month in extra rent but, in-fact, may have been buying her condo $500 bucks at a time and she now has an Equitable Interest in the unit.

Again, I know what you’re thinking but here’s the reality; the only way this is getting resolved is in court and, if you don’t already know this, the only winners in a court battle are the Attorneys!

So, the question is: Is there a valid way to structure a Rent to Own agreement? And the answer is yes but you’ll need to read my next blog post to learn how.

Link to my CYA disclaimer…
Pages: 1 2